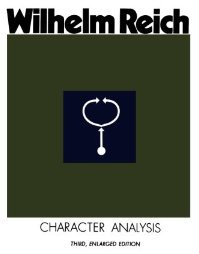 Welcome to Building Soul! You might be asking… Soma – what?  You may recall this term from the name of the drink that was used to put masses of people into a subdued and controllable altered state in the book, “Brave New World ” (1931) by Aldous Huxley.

The actual origins of the term ‘soma’ is from the Greek or Latin root of the word ‘body’.  Bioenergetics is a somatically based psychotherapy is a form of therapy that works with helping you connect your conscious awareness to the physiological feelings states that are held in your body, hence the phrase somatic relational psychotherapy.  This is an incredibly fascinating body of work (no pun intended!) that has in fact also been developing since the 1930’s, when Huxley’s book came out!

“No words are so clear as the language of body expression”

Whilem Reich, considered the ‘father’ of somatic or body psychotherapy, wrote his first book in 1933, called “Character Analysis“.  A colleague of Sigmund Freud (the father of psychoanalysis), he based his psychoanalytic theories on Freud’s work and eventually added the aspect of including the body through understanding its physical character structure. Numerous forms of body psychotherapy emerged from Reich’s original explorations, over the next several decades, one of which was Bioenergetics that was founded by Alexander Lowen and his partner John Pierrakos (who subsequently left Bioenergetics to create another form of body psychotherapy, called Core Energetics that included a spiritual component through the work of his wife Eva Pierrakos). 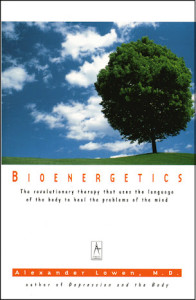 Today, Bioenergetics goes beyond the original Freudian basis of sexually driven as the only source of neurosis or with the analyst as an invisible being that has no therapeutic impact or effect on the client.  Bioenergetics training now includes a more relational approach to therapy.  Based on an Object-Relations model of psychodynamic theory, it includes the relationship with the therapist as forming a healthier model of attachment and seeks to understand and heal the effects of primary family relationships as part of the initial developmental wounding.

As well, the word psyche comes from the Latin root ‘soul’.  Building SOUL is a body of work (again, no pun intended!) where I will be exploring multiple forms of how our mind or consciousness is understood, felt and experienced through the body mind relationships.   The soul was originally understood as a part of the mind, of who you think you are; that ephemeral quality that has no solid matter to it.  What I am interested in are the innumerable ways that we can bring Soul into Matter!  Some beginning clues are listening to the felt sense of the body, breath awareness, mindfulness or yoga training, or expanding the sensory experiences of your intimate world.

Today, it is encouraging to know that we no longer need to take a ‘soma’ drug to numb ourselves from feeling the difficult emotions in our body.  Through gentle explorations of somatic relational psychotherapy, we can begin to learn empowering tools that allow us to heal core wounds, incorporate new resiliency skills, grow into greater states of inner peace, as well as live with more vitality, joy and optimal health!

I welcome your feedback. Feel free to leave a link back to your own blog as well via the commentluv  feature you’ll find here on the site.